The great thing about gift cards on Father’s Day is that they make gifting easy. No stress required — in fact, we encourage last minute shopping. First of all, we intend to spoil you with the coolest Father’s Day gift card guide presented here. Secondly, we also aim to spoil your father, grandfather and all the special dudes on your list. It does not matter whether he is soft spoken or rough edged, outdoorsy or geeky, a listener or a talker. Father’s Day is the one day to celebrate your love and appreciation for him. A gift card and warmly written love note will make his day. When everyone chips in for a group gift for Dad or Grand Dad, the joy increases manyfold. With hundreds of retail branded gift cards redeemable at shops, restaurants and adventures he loves most, we’ve got the perfect gift choice for you both.

The Coolest Gift Cards for Dad

This guide was specially curated for the wonderful fathers, father figures, and male mentors out there. A special note to the fathers-to-be: Get ready (and get some sleep!) Without further ado, we present the coolest Father’s Day Gift Card Guide, dedicated to procrastinators everywhere.

King of the Green

For the Dad who can’t get enough of the game, the best way to wish him a tee-riffic Father’s Day is with a Callaway eGift Card.

Chairman of the Lawn

Keeping the lawn in good shape can be difficult. We’ve got the gift that will get two green thumbs up.

Show Dad he’s the rarest of them all with a Landry’s eGift Card. Unlike traditional restaurant gift cards, The Landry’s Gift Card may be used at more than 600 Landry’s locations in the U.S., giving your Dad the flexibility of where to spend his gift.

Say thanks for helping me grow and get outdoors with Dad. With brands like Cabela’s®, REI, Dick’s Sporting Goods, Sportsman’s Warehouse eGift Card and more, give the gift of adventure.

Make his day with a virtual family reunion and help him stay connected with those he loves most. The  eGifter Choice Card gets it done.

“Taps” Is The Musical Gift of Honor and Respect

Memorial Day is an American holiday, observed on the last Monday of May. Today, we honor the men and women who died while serving in the U.S. military. They gave their lives to protect the freedom and security of our nation’s citizens. No gift could be greater. Many traditions abound to acknowledge our fallen heroes. Parade marchers carry American flags past overcrowded sidewalks. Gold star families that visit cemeteries everywhere. The famed ceremony at the tomb of the unknown soldier, giving hope to grieving families. But perhaps more than that, there is no greater significance on Memorial Day than the playing of “Taps”. It signals the end of the fallen service person’s duty, marking our final tribute of gratitude. This musical gift of honor and respect touches us deeply no matter how many times we have heard it. This, a sincere tribute from eGifter.com.

“Taps” Is The Musical Gift of Honor and Respect

Every “Taps” Player Started by Learning a Simple Musical Scale

To think, the source of each somberly played “Taps” tune traces back to the musician’s interest in learning to play their instrument. Especially on Memorial Day, eGifter.com is proud to make available gift cards to Guitar Center, where fine trumpets, cornets and bugles are sold. Regardless of whether you have youth, or age, on your side, it is never too late to learn to play “Taps”. We hope to inspire the young and young-at-heart. Goodness knows our country needs all the inspiration and honor there is to have. “Taps” Is The Musical Gift of Honor and Respect

“Taps” is a Military Signal, Not a Song

Through the reliable source of Wikipedia, we learn that the words are not lyrics, but rather a mnemonic device. Here is a tidbit of information for the musically inclined about the melody of “Taps”. It is composed entirely from the written notes of the C major triad. This is because the bugle, for which it is written, is fundamentally limited, restricting the tune to just a few available notes. Interestingly, the musical gift of honor and respect comes down to B-flat, D, and F.

Let’s take a beat to remember the fallen heroes whose sacrifice means so much. To that end, eGifter Stories is proud to honor our service men and women with this tribute: Romantic relationships are one of the greatest gifts that life has to offer. And those in-the-know, know that one of the best ways to express love is with romantic gifts. Turns out that gift cards, both plastic and digital, are a great gifting choice. This is especially true during the COVID-19 quarantine. If you have a special someone that’s captured your heart, enjoy our curated list of Top 10 Online Gift Card Ideas for Online Romance Week. While everyone knows that flowers, candy and candlelit dinners have been the gold standard, our customized selection of playful and endearing gift items will surely tug at cyber heartstrings everywhere. By purchasing and sending one of the gift cards in the uniquely romantic guide we assembled, you’ll show that your heart is in the right place.  We bet that you’ll score the warm regard you seek as your online and offline romance matures and grows.

Share your story — we all need #somegoodnews #egifterstories #giftcards

Giving gift cards to mothers and grandmothers on Mother’s Day is a natural choice, especially on May 10th, 2020 — the year of social distancing. While it’s best for us all to stay apart a while longer, we can still create closeness today. Sending a special, hand picked gift card wrapped inside a digital greeting card is a great way to deliver happiness and delight to Mom. At eGifter.com, the selection of well known and specialty retail brands makes for a true shopping experience — from the safety and comfort of your home. As thousands of gift-card givers already know, warm sentiment combined with cool gift cards can do a lot of hearts a-lot-of-good. On the one day each year reserved to honor to those that love US the most, we salute *all* the Moms with a curated Guide to Mother’s Day Gift Cards — courtesy of eGifter.com.

When it comes to moms, one thing is for sure: A mother’s love is like nothing else in the world. The mix of unconditional love, fierce protection, self sacrifice and bursting pride help build the steady ground upon which our entire lives take shape. Moms quietly and powerfully instill valuable life lessons and values from our birthday candle moments – to reassuring conversations after disappointments – to boundary setting when needed. In the rear view mirror of life, we realize their every intention was borne from love and commitment — whether or not we knew it at the time. Just notice the popsicle stick photo frames and handmade crayon cards *still* on display. Through it all, Moms love us in ways we may not always understand…until we have children of our own. 🙂

Because Your Love Means the World to Her.

This year, we bring you the 2020 eGifter Mother’s Day Gift Cards Guide with some very specific gift card ideas we know she’ll love. Honor ALL the mothers and grandmothers in your life, biological or not. Your words of acknowledgement, thanks and love — bundled inside a well timed gift card delivery — will mean the world to her.

Send some self-care to the ones taking care of everyone else. Give her a Bath & Body Works® eGift Card. Buy a $30 Bath and Body Works eGift Card and get a $5 Card Free! Promo Code: WORKSAP20.

Activewear for her at-home workout.  Give her an Under Armour® eGift Card so that she can keep hitting her goals in the latest and greatest gear.

A gift that’ll get two green thumbs up. Whether your mother loves to spend time in her garden, take on fun DIY projects or perfect her cooking skills, we’ve got your Mother’s Day gifts covered — give her The Home Depot® eGift Card.

Help her stay connected with those she loves most.  Set-up a Group Gift, invite friends and family to chip in. Set the delivery time and let her choose the perfect gift with the eGifter Choice Card.

A Quiet Word for Days Gone By.

We may wish we could hear her laughter one more time. Or, sing that song together — the one she loved so much. Still, we can take a quiet, prayerful moment to tell her what she may have never heard us say: She was the best mother that anyone could ever have. When the going gets tough, Americans rise to the occasion. Finding simple sources of comfort and ways to help have become standard orders of the day during COVID-19. These include things like finding the helpers (and being the helpers). Also, giving of ourselves (and gift cards when we can). We have a long way to go until all of the pressures of COVID-19 subside. In the meantime, everyone has a chance to help communities with gift cards. These include gift cards for groceries, medical essentials and tools for household repairs.

COVID-19 is a Hardship. Everyday People Can Help.

The sage advice from Mr. Rogers, famed children’s television personality, would have us look for the helpers. It’s easy to find them. Just look for the drive-by parades through parking lots of nursing homes and assisted living facilities. The outpouring of love, thanks and recognition to our homebound elders are amazing gifts, indeed.

Gift Cards Can Help You Make a Difference Today

If you’re searching for a way to give an affordable, meaningful gift to someone that can really use it, here are a few ideas to help communities with gift cards.

Please share your own story of optimism, healing and the human spirit. A Wedding Group Gift to Remember 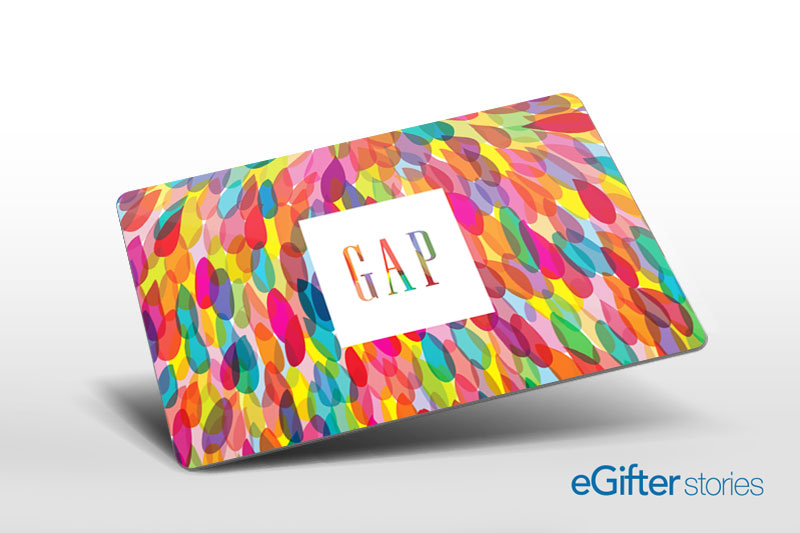 “The Hoodie”: Gift the Thought (by our partners at The Gap)